Where would we be without our mothers? They took care of us when we were little, sacrificed much of their own happiness just to make sure we were happy, and continue to care about us even we have grown up. Ask any mother and they will say that they still see their children as their babies, no matter how old they are.

Read these touching stories about amazing mothers that will remind you just how much our mothers will do for us, no matter how difficult the situation is.

An immigrant mother inspires her daughter to greatness

Cassandra and her mother moved from Malaysia to the US when she was 5. By the time she was 17, she got accepted by not one, but eight Ivy league schools.

This story obviously went viral, especially in Malaysia. The reason she received so many offers was due in part to her university application essay. In it, she wrote a story about how her mother inspired her.

Cassandra’s beautiful essay explained how her mother struggled to learn proper English in Malaysia when she was younger, and re-learning it once again after they moved to the U.S. The story touched many hearts with its honest outlook on how immigrants often are humiliated for speaking broken English.

“When my mother moved from her village to a town in Malaysia, she had to learn a brand new language in middle school: English. In a time when humiliation was encouraged, my mother was defenseless against the cruel words spewing from the teacher, who criticized her paper in front of the class.”

Cassandra Hsiao, on her mother’s struggles to adapt

Continuing her story, Cassandra said that when her mother began to cry from the scolding, her class president stood up for her and said, ‘That’s enough’.

Cassandra was urged by her mother, with tears in her eyes, to be more like this class president who stood up for her, all those years ago.

On her growing years in the US, Cassandra saw, through her mother’s embarrassment and pain, just how much she had sacrificed and struggled to adapt to the new country, and how she did not want her daughter to go through the same.

“My mother asked me to teach her proper English so old white ladies at Target wouldn’t laugh at her pronunciation. It has not been easy. There is a measure of guilt when I sew her letters together. Long vowels, double consonants — I am still learning myself. Sometimes I let the brokenness slide to spare her pride but perhaps I have hurt her more to spare mine. As my mother’s vocabulary began to grow, I mended my own English. Through performing poetry in front of 3000 at my school’s Season Finale event, interviewing people from all walks of life, and writing stories for the stage, I stand against ignorance and become a voice for the homeless, the refugees, the ignored.”

A mother’s unconditional love for her sick children

Elaine has endured much struggle and pain in life, spending most of it taking care of her two sons as they battle with life-threatening illnesses.

Her second son Ronnie passed away due to to leukaemia when he was only 23 years old, because the family could not afford to pay for a much-needed bone marrow operation in Australia that could have saved his life.

Her eldest and remaining son, Raymond, has been battling a brain tumour since he was 14, leaving him unable to take care of himself.

With no savings and home to call their own, Elaine and her 77-year-old husband, composer Datuk Ooi Eow Jin, and Raymond rely on charitable donations to get by. They pay for the rental of their house and food from these funds. A neighbour also cooks lunch for them every day but if it is not enough, Elaine buys extra food from an economy rice shop.

She is unable to cook as her time is spent taking care for two family members who need constant supervision, Raymond and her husband Ooi, who has Alzheimer’s.

Her husband, Ooi was a well-known pianist, composer, arranger, record producer and music instructor in his glory days. However, he was a contract employee and, therefore, does not have a pension for them to use in their golden years.

Elaine is the only caregiver for her son and husband. As the rock of the family, she feeds, bathes and changes Raymond’s diapers. Although Ooi is mobile and can eat on his own, he cannot be left alone so she must be around to supervise him as well.

As a mother, she constantly worries about what will happen to her son when she and her husband are no longer around.

Despite the hardship, Elaine doesn’t complain, remains positive and is thankful for the help she has received from others. Her faith in God has also kept her strong.

“Malaysia has a lot of kind people to support and help me. Sometimes, when I get upset, I console myself by remembering that God will not give me what I cannot take.I hope God will bless my family and keep us together. My Mother’s Day wish is that there will be someone or an organisation to look after Raymond when we are gone.”

A daughter battles cancer with her mother by her side

Sometimes, life throws us a curveball we just didn’t expect. What gets us through this difficult time is the strength we gain from a support system.

For Malaysian nurse Ling, fighting a brain tumour and the other complications she went through from the cancer was the biggest challenge of her life. And it was no ordinary tumour, it was a dangerous form that cannot be removed completely through surgery, and she had to go through 6 cycles of chemotherapy.

Ling thanked her mum and contributed her for her support during her battle with cancer. She said it was her mother who drove her around to doctor appointments, cooked for her and made sure she had proper nutrition – even doing that on a daily basis when she was hospitalised.

Thanks to her mum, Ling was able to concentrate on her recovery and battle with cancer, which she eventually emerged victorious.

A man treats his neighbour as his own “amma”

This story is one that reminds us just how warm and loving Malaysians can be, reinforcing our faith in humanity. It also reminds us that the love of a mother comes in many forms, a bond that can be formed and cherished even without blood ties.

R Saravanan, an Indian odd-job worker in Sitiawan, built a house for a poor Chinese family of two on his own land and shares his family’s food with them.Last year, he built the 300 sq ft house for Siew Eng, 81 and her son, Ng Kem Leng, 55.

According to the report in the New Strait Times, Siew’s house was razed in a fire two years ago and they had nowhere to go. Her son, Ng, who is partially blind, is the only family she has.

“I didn’t expect to be treated like this by Saravanan and his family,” she told the NST. “Although we are of different race and religion, he treats me just like his own mother. His family is helpful, too, and always share their food with us, especially breakfast. I thought there are no longer any good people in this world, but I was wrong,” she said.

For Saravanan, it is not important whether the person is Chinese, Malay or Indian because he believes that essentially we are human beings and we need each other. “I just want to help Siew who I call her ‘amma’. I love her just like my own mother”.

“She is my mother, my ‘amma’. I built the house for her since she has nowhere to go and she could not salvage anything during the incident. Every morning, I will bring her to the wet market to buy some fish and vegetables”.

A mother’s instinct to protect and support her children can often give them the strength to do whatever it takes. For Rosalekka Salim, also known as ‘Kak Lori’, this means taking up a challenging job that most women will shy away from.

A former factory worker for 18 years, she now drives a 10-wheel trailer, transporting containers from Penang port. She has two children.

Rosalekka makes approximately 150 trips a month, picking up containers from ships at the Penang Port and delivering them to the depot for repairs. According to a report by Harian Metro, she says that being a trailer driver is not as difficult as it seems. In contrast, it was her job as a factory worker that she considered to be too demanding.

“Last time, work was more difficult because it was always stressful, especially when my employer got angry, but now driving a trailer is easier and I can earn a relatively high income,” she was quoted her as saying.

“Many graduates choose to remain unemployed, while there are many vacant positions, including as lorry drivers. Give it a try, and do not keep relying on your parents’ money,” she advises while adding that it is not that difficult or dangerous.

Rani works at her Sri Lankan homemade food stall known as ‘Rasai Machan’ near  Monash University Malaysia, from its original location in Bandar Sunway. The mother of 4 says that although she is very happy with her work and takes on even the smallest of tasks such as cleaning the stall, as she feels more satisfied doing things by herself, the hardest part of the job was the heat.

She relayed to the Vulcan Post, “I have to stand the heat both from the hot Malaysian weather and from the kitchen and hot plates from 10am to 9pm every day. During lunch time, especially, I have to change clothes several times,” Rani said. Yet what she enjoys most is meeting the local and international students alike, and to the students who often patron her stall, she says, “I’m like their second mother.”

Rani’s wish and hope for her children is what all parents would wish for their very own, and that is to help them have a better future. As such, she works hard for not just her children, but even her grandkids. “You know, I just want to see their future bright,” she was quoted as saying.

Call your Mum. She worries about you

These stories not only warm the heart but remind us of the most important person in our lives, our mothers!

Whether it’s Mother’s Day or not, you should always show your mother just how much you care! Whether it’s a bouquet of her favourite flowers, a delicious custom-made cake, or taking her out for a delicious meal, she will surely be happy that you took the time to appreciate all she’s done.

And if you want to do something extraordinary, why not get the house cleaned, get all the house repairs done, or even give her home a makeover? Let Recommend.my find you the best home services in Malaysia to get all your projects done. 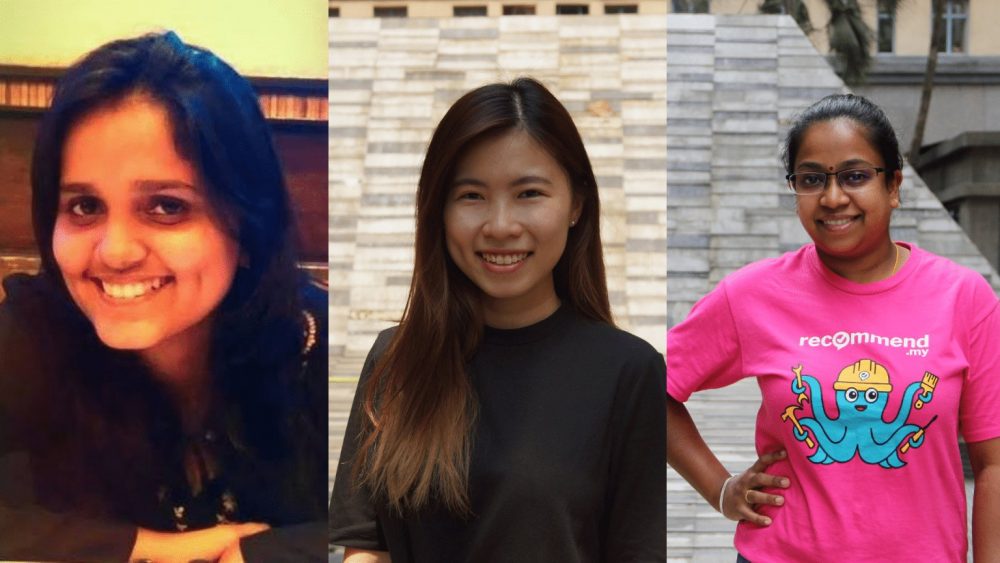 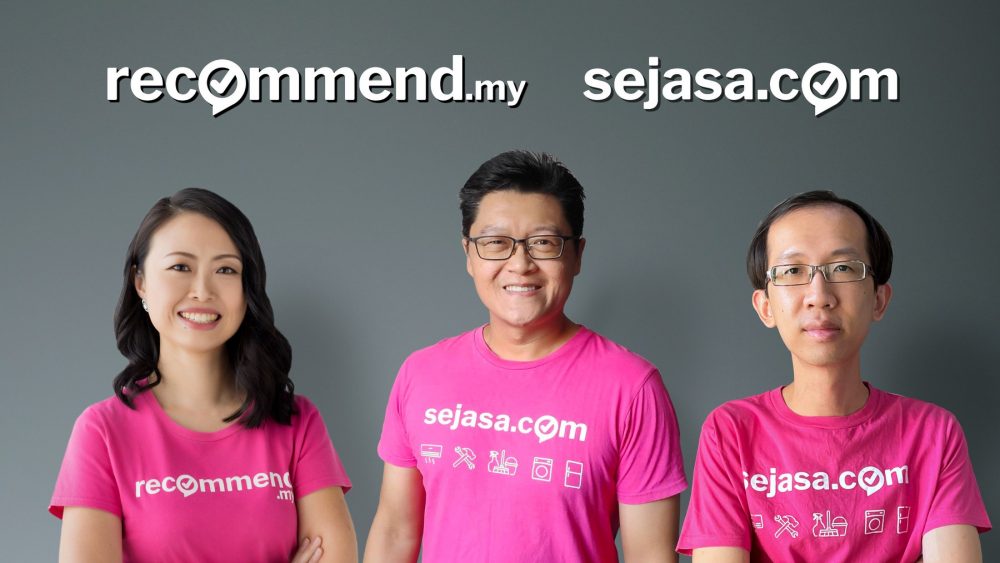 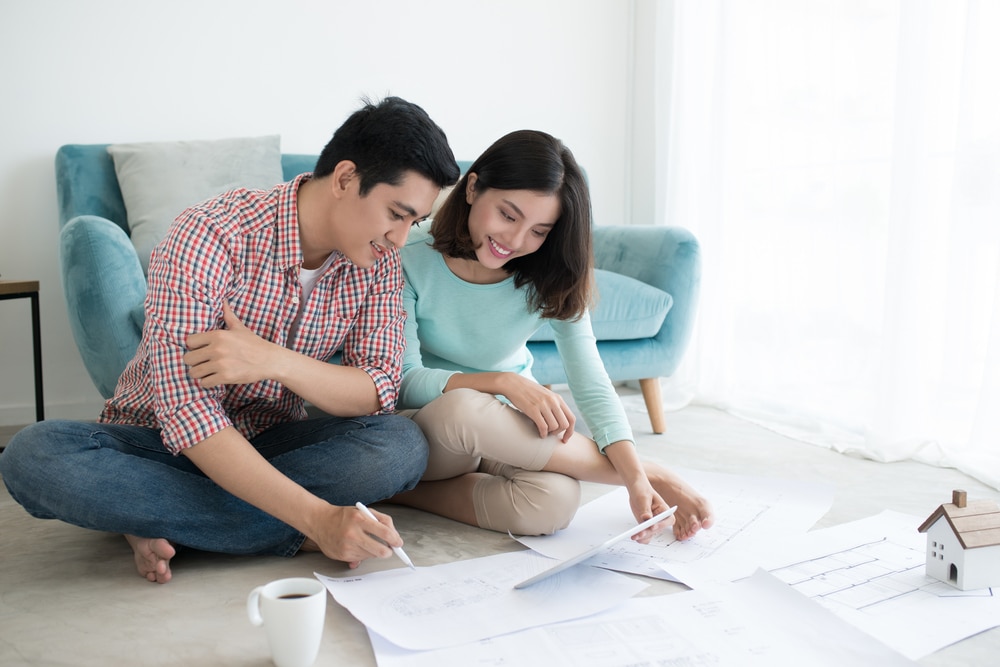 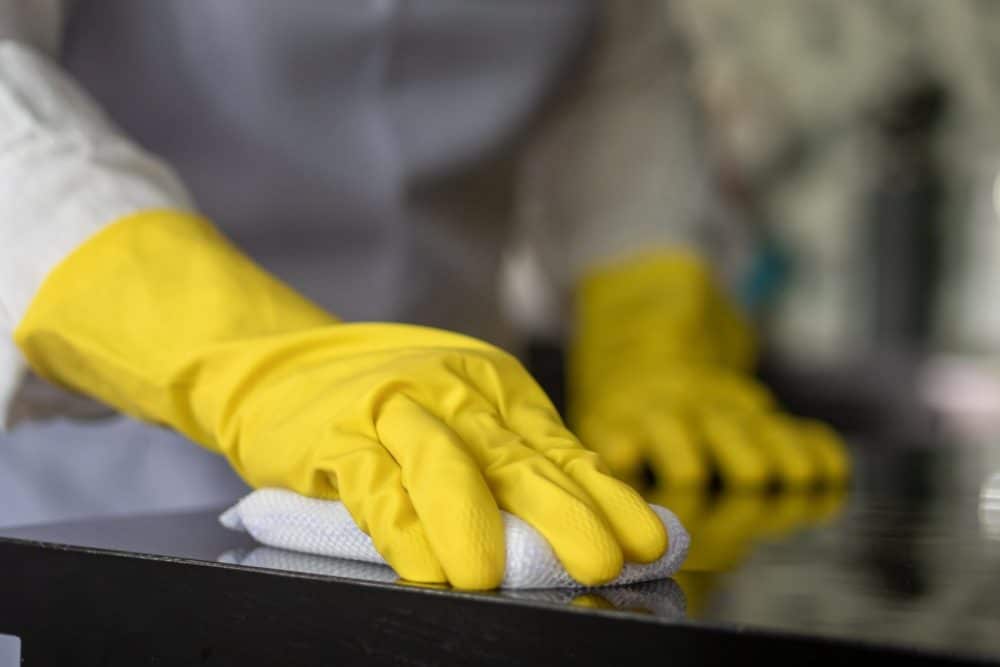