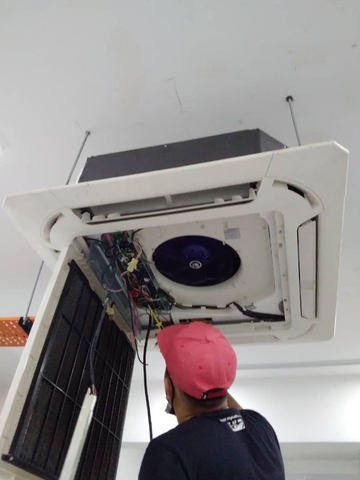 Other than the plumber, Mohd being responsive, we are very disappointed with his lack of transparency and dishonesty. We understand that Recommend.my advised a minimum quotation at RM499. However, Mohd came to do the bare minimum and without using any chemical which only took less than 1/2 hour, he actually asked for RM1.1k which he also did not advise before the work. When we found it unjustifiable, he even went as far as telling us that "it's all like that, have you not called a plumber before?". Later went down to RM800 and saying he will offer a month warranty if it clogs again. I told him all I have gotten prepared was only RM300, he settled at RM400 at last. A jump from RM1.1k to RM400, how much of a price hike was he aiming for from the beginning. We are just hoping that he is not out there ripping somebody else off.

I got a WhatsApp from the plumber & I had to send my address & a photo of the leaking pipe. He didn’t turn up next morning, no response to my message or call. Don’t book this firm.

Service requested on 30/11, been told will take 2-3 days to look for parts to complete the repair service. Deposit RM350 paid. Thereafter left idle till now and service not completed. No update of status despite multiple messages follow up. Contact Recommend.my for follow up, 1st been told the service provider is busy and hence delay response. Today follow up again said will raise to management but no response received thereafter of checking outcome. Is this too much to ask for status update and estimated completion time? Time taken and attitude are totally unacceptable & disappointed from both service provider and recommend.my

Doesn’t respond to your question and till now hasn’t answered if he would be able to come on-site to repair. Will not recommend such unreliable vendors.

Both of the fans are replaced and working well as per request. Good service.

The contact was not made on time so requested to cancel

Fast and efficient, were able to solve my ceiling fan issues in 10 minutes.

The worker is hardworking malayaian

They have identified the problem but as they said they will they have not provided me with a quote to fix the oven. I do not think you need 3 days to figure out how much it is going to cost knowing that those parts and problems are totally standardised .