When you switch on your aircon, do you like it to start at 23 degrees or lower? Soon, you may not be allowed to do that any more, as countries around the world are starting to regulate the starting temperature of air-conditioners.

Just recently, India’s Bureau of Energy Efficiency (BEE) has pushed through a new energy-saving policy that requires all air conditioners to be fixed at 24 degrees Celsius by default. That means, your aircon will no longer remember your temperature setting, and will always switch on at 24 degrees.

Japan has also run similar energy-saving campaigns encouraging people to dress casually so that they can work at a temperature of 28 degrees Celsius. And, California regularly sends out reminders to set the temperatures to 26 degrees in the summer.

This action comes as an effort to save energy to heed the warnings of the ongoing worldwide climate crisis.

India’s requirement is the strictest so far, but this default temperature of 24 degrees isn’t permanently fixed, so you can still adjust the temperature after you switch it on. But, for many people who like to just switch on their aircon and don’t change the settings, this factory-set temperature could result in energy savings in the long run.

All in all, this motion is a good move by the government to take bigger steps in reducing energy expenditure and lessening overall carbon footprint.

Most Malaysians know that our malls, trains, hotels, and even the Parliament building can feel extremely cold, based on an article by the Star on managing the electricity tariff mark up. There were even some complaints on TripAdvisor from Westerners who literally live through the winter season in their home countries.

Our dependence on freezing cold air can put a huge demand on the environment. Electricity bills will naturally go up, and such consumption puts a strain on power plants, which need more fuel to burn, releasing tonnes of carbon dioxide and other harmful emissions.

Should Malaysia follow suit with this new law? It feels like the right thing to do. Every nation has a responsibility to contribute to this fight. The call for climate crisis action has never reached this level of urgency, to the extent of school children getting on the streets every week urging the government to take a stand. If not the public, governments serving the people are the ones responsible for taking greater motions towards reducing energy consumption.

At the moment, energy-saving regulations from the Malaysian Government are hard to find. The government is in the midst of drafting the long-awaited Climate Change Act, having pledged under the Paris Agreement to reduce 35% in emissions by the year 2030. The details on this are unclear, but it is hoped to follow the British Climate Change Act of 2008 as a guideline.

The act still has a year to go until completion but in the meantime, no other regulations have been enforced and the government is being criticized for not taking climate change counter-actions seriously. 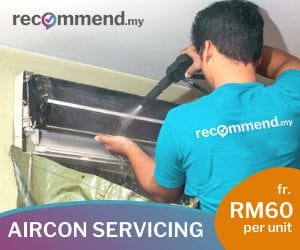 Very little awareness has been made on major issues striking Malaysia such as plastic pollution, carbon emissions, deforestation effects, and ocean oil dumping. In a nutshell, the nation has a long way to go in terms of creating awareness let alone taking significant action. Should we imitate this newly implemented law in India, it would be the first step towards a greener initiative.

Even when the regulations are voluntary, awareness can have an impact. According to an official estimate, Japan had cut down by 1.69 million tons in carbon dioxide emissions by 2010 from the introduction of the aircon temperature campaign 5 years before. Looking at these statistics, it has tremendously benefitted the government in costs and even more so for the ecosystem.

The effect on Malaysians could be immense if the government decides to limit the air-conditioning setting, and most netizens would surely voice out on the matter on their social media platforms. As the weather becomes warmer year after year, dependence on air cooling systems continuously heightens, and thus the vicious cycle continues.

However, it’s not gruelling to tolerate a 24-degree room temperature with these few ways on keeping cool without meddling with the air conditioner remote. Perhaps wearing thinner clothing and ditching the fluffy comforter at night. A nice cold bath goes a long way too and using a minty or menthol shower gel helps maintain that cool refreshing sensation on your body.

You can also switch to a ceiling fan or stand fan to cool the room at night. And don’t forget the most important way to stay cool; drink lots of fluids.

Make sure your aircon is working properly

If you already set your aircon temperature to 24 degrees (or more) and still feel that it’s not cold enough, it could be a problem with your aircon unit itself. A dirty aircon or one that is leaking refrigerant will waste energy, and cause health problems, too. As such, you should schedule a regular aircon servicing to make sure it is working properly, so you get the most benefit with maximum energy efficiency.

Book your aircon servicing at Recommend.my