Adrian Yeo is showing me his lightbulbs. We’re at his office in Cheras, where he switches on a regular compact-fluorescent (CFL) bulb and measures its brightness levels.

Then, he compares it with one of his “eLED” LED bulbs.

“You see?” he says, showing me the reading. “Our bulbs are just as bright as CFLs. In fact, the light from LEDs will also travel further, so you get beautiful lighting that brings out the colours of your walls, and reaches the tops of your work tables.”

To hear Adrian and his co-founder Jacky Yee speak, it’s obvious that they are passionate about their lighting. Their company, e-LED Solutions, has been instrumental in bringing LED (light-emitting diode) bulbs to the Malaysian market over the last four years.

Working with light is evidently in their blood. Previously working as photographers, Adrian and Jacky now help brighten up rooms, auditoriums, offices, factories and even outdoors with LED lighting. For consumers, this translates to lower energy bills in the long run.

For example, the eLED LED lightbulb that Adrian is demonstrating is rated at just 2.5W, compared to 18W for the CFL bulb. “The power consumed by 20 of these bulbs in one month is about the same as one table fan. In a typical condo, LEDs could save more than RM60 per month in electricity bills alone,” he says.

“In a typical condo, LEDs could save more than RM60 per month in electricity bills alone.”

So why aren’t more people switching to LEDs?

The savings in energy consumption is impressive. However, many customers who make the switch from fluorescent tubes and compact fluorescent lights end up disappointed, as their expectations are not met.

The main problem, he says, are poor quality LED bulbs which have been “overdriven” to boost their brightness, causing them to overheat.

“LEDs can fail before reaching the advertised lifespan, usually misleadingly labelled as 50,000 hours. 50,000 hours only applies to one component in the bulb. The rest of the components may perform differently depending on heat and how it is wired up,” he adds.

“Lots of people also get persuaded to buy much higher-rated LED bulbs to match the brightness of the CFLs they are replacing, and this eats into their expected energy savings,” said Adrian.

Good quality LEDs are not just cheaper in the long run, they are better for the environment, too. However, convincing skeptical customers remains an uphill battle. For Adrian, it’s a battle worth fighting.

“When we started in 2010, LEDs were in its infancy in Malaysia. Global warming was (and still is) a big concern and we decided to help play a role in resolving this issue to benefit all Malaysians.” he said.

“When we started in 2010, LEDs were in its infancy in Malaysia. Global warming was (and still is) a big concern and we decided to help play a role in resolving this issue to benefit all Malaysians.”

But as market demand for LEDs picked up, so too did imports of inferior products, an issue that he is deeply concerned about. “Low quality products will end up burying this planet in waste. They fail so quickly, and can contain more waste materials than CFLs,” he says.

That’s why, during the early years, the company put a great deal of R&D effort to ensure the quality and durability of its products.

To Adrian, the only way customers would embrace LEDs wholeheartedly was if they met a few simple criteria:

LEDs are proving themselves

Fast forward to 2014, and LED lighting has become a key factor for buildings to achieve green certification in Malaysia. LED lighting is also compulsory for all new developments in Petaling Jaya, Selangor.

“After almost five years of product development, we can safely say that the technology works, and households will save money. In fact, one of our customers in Ampang even received a visit from TNB (Malaysia’s energy utility). They were concerned that the household was stealing electricity, since it was rated to consume RM1,200 per month, but their electricity bill only hit RM700 per month. It was due to a switch to our LED lights,” he laughed.

“One of our customers in Ampang even received a visit from TNB. They were concerned that the household was stealing electricity, but the lower electricity bill was due to a switch to our LED lights.” Above: Switching to 4.5W LEDs improved working conditions at this office in Jalan Batai Klang

To strengthen their capabilities as light designers, the company brought in Jaron Choe and Joyce Ng in 2013. “We make sure to light up your dream home the way you want it. Simple, elegant and beautiful,” said Adrian.

And, instead of relying on distributors and retailers, eLED talks directly to consumers. “No middlemen means more savings for the customer. Talking directly to customers also ensures that the planning will be done right, and customers don’t need to guess how many lights they need,” he added.

Many installations later, the future is bright for e-LED Solutions

The company is now planning to expand the number of sales and service outlets around the KL / PJ area. “Our hope is, with a strong team, we can expand to Penang, Johor and even Singapore. But expansion is not as important compared to maintaining quality of service,” said Adrian. Above: Consumer interest is picking up in LED lighting, as seen by the crowds at a recent consumer event in Kuala Lumpur

The company also recently listed itself on www.recommend.my, an online directory where buyers can find services based on their friends’ recommendations. “Listing on Recommend.my means that we can reach out to new customers who would already have heard good things about us from their friends,” he says.

“Listing on Recommend.my means that we can reach out to new customers who would already have heard good things about us from their friends.”

The company has also expanded its offerings to include electrical wiring services, plaster ceilings, renovation and M&E. “Customers feel reassured when we take on these tasks, since they know that we are bound to do an awesome job. Any shoddy wiring will cause the LEDs to fail prematurely, which goes against our 3-year promise,” he adds.

The driving force behind the business, however, has always revolved around sustainability. “Going green has always been perceived as too costly, and the return on investment too long. We’re showing that going green finally makes good economic sense,” he says.

“We hope to keep spreading the green message and help customers consider sustainability, instead of just looking at price alone. The world needs us to play our roles and play it now.” 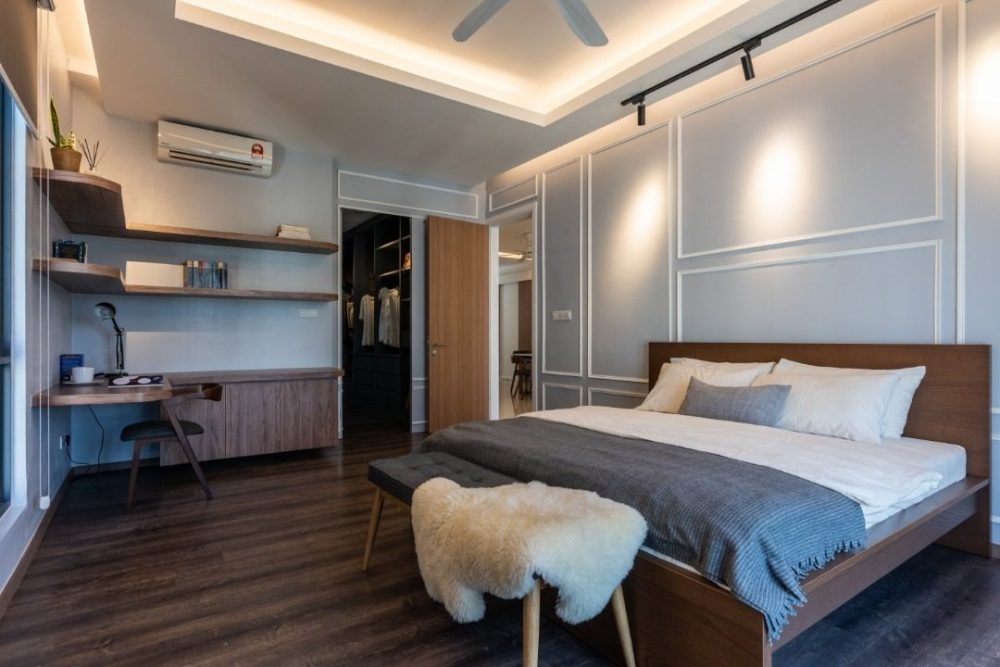